How fencing can benefit your child will surprise and delight you. Fencing is often called physical chess. There is an old saying that goes with it  “master fencing and you’ll master life”.  Fencing teaches a host of wonderful life skills.

Many parents have tried putting their child into traditional and main stream sports hoping without luck, their child find’s their sport passion. Unlike many sports, fencing is not a team sport so one does not have to rely on someone’s efforts to be successful – that alone has great appeal. So how can fencing benefit my child?

Here are some of the many ways of how fencing can benefit your child.

For many kids, fencing engages the imagination like no other sport can. From being a Jedi knight, a pirate, a muskeeter, a viking or a hero in an fantastic movie (James Bond fences!). Creativity is sparked to devise alternate cool moves and strategies to outwit the opponent.

Unlike many “traditional” sports, in fencing you learn to rely on yourself and make critical decisions. Success is up to you not your team. Kids learn that what they, as an individual, put into it is what they get out of it. From that they develop self-reliance and personal responsibility. This allows their own unique personality and self esteem to flourish and grow.

3.  Off the devices & stress relief

It’s easy to get most children off a “device” with fencing.

The sport is mentally engaging, fast moving, requiring focus and thinking ahead. Time goes by very quickly and they are interacting verbally and physically to individuals. Adapting quickly to every evolving situation is part of what keeps it so fun. Someone is trying to hit you with a sword and you aren’t going to let them.  Instead you will lead the opponent into a trap you set up . . . all in a few moments. One gets completely immersed in the rapidly changing environment – so engaged you have forgotten all about school, work, problems, peers and (what device?).  End each session feeling a tremendous sense of stress release, and accomplishment! 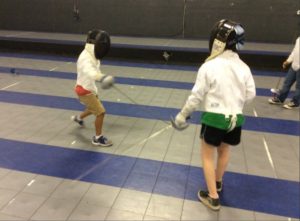 4.  Emotional, self control and sportsmanship

Everyone learns to release their frustration and aggression on the strip, to channel it into a positive energy . Emotional and self control are part of lessons learned. Overcoming failure and making each failure a learning experience is one of the most valuable lessons learned from fencing and most sports. Learning to respect one’s opponent whether it is a close friend or complete stranger is intrinsic to the sport. Focusing on tactics, technique and strategy – good sportsmanship keeps things in perspective and makes every bout (duel) fun and different.

Developing agility, co-ordination, flexibility, strength and body awareness through fun fitness is a big part of our program.  Healthy eating and taking care of your body is the key to staying fit, injury prevention, staying mentally sharp and alert for academics. Amazingly is they get an incredible overall body workout and don’t even realize it! Kids learn to love working hard and getting fit in a fun inspiring way.

It takes courage to stand on a strip and fence an opponent. Self confidence grows as one master’s different skills, techniques and tactics. Fencing rewards the confident in both offense and defense.  While the talented athletic child can and does excel in this sport, hard work, tactics and skill will overcome the most physical fencer. It’s not the most athletic or fastest person who will win, it’s the person who can out-think, outwork and execute their plan.

In our club girls, boys, men and women fence and practice together. You will commonly see a smaller person out fence a taller or more athletic fencer. Coaches help with encouragement, goal setting and seeing that each person works hard to achieve their goals. When a child achieves a goal they thought was out of their reach their self confidence grows by leaps and bounds.

We have had many parents come into the club after trying almost every other available sport out there for their child.

Some of the most introverted children have found their passion in fencing. Athletically gifted kids have come to try fencing that still have not found their sport. We find is that it is the “thinker” that is attracted to fencing,  that becomes a common bond and a basis for deep friendships among many in our club. Now we are playing physical chess. Every move made by an opponent must be countered, in fencing terminology you will hear “parry (blocked), riposte (response)” move and counter move.

The fencer must be completely in the moment, alert, every sense on high alert, and they are alone on the strip. No one can make the next move for them. The slightest loss of focus can cost the point. What to do next is completely up to them. Keeping focus under tremendous pressure isn’t easy. It is a wonderful life skill that is learned in fencing.  And that is just one of the things that most people love about fencing.

9. Chance to compete and meet

Training endlessly is like shooting hoops, to make it really exciting you need competition.  Really playing a game makes it come alive! We start by learning to compete in the club then move to the many local and regional tournaments for youth. Unlike many “traditional” sports, there are many opportunities to travel out of state to national level competitions once your child has reached that level.

What’s really exciting is that at a national fencing tournament you will see national team members, world champions, Olympic champions, and national champions all competing at their highest levels. You’ll find them a friendly and encouraging group. It’s easy to walk up to them and ask for an autograph, take a photo with them or just say hello.

A belief in possibility.

As Jason Sheridan (fencing coach) says in his excellent article  “. . . contact with excellence does amazing things for a kid. Meeting and fencing with the top athletes in the sport, getting the chance to compete all around the country and the world, can have a profound effect on a child’s psychology. It changes his idea of what’s possible. It makes greatness seem achievable. Once a child has that belief—once he sees that becoming truly excellent at something is actually doable—it can alter the way he approaches everything in his life. It can change the way he deals with adversity.

There is nothing better you can ask from a sport.”  See his complete article here.

While fencing is an individual sport, your child will greatly benefit from the friendships and camaraderie found in our club and fencing 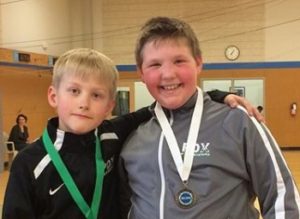 community. You’ll start to notice that everyone, no matter their age, sex, size, or ethnicity is happy to be fencing and sharing their knowledge and experience with each other. It’s great to make new friends out of school and be exposed to difference people from many walks of life, as you learn how to compete with and against great friends.

Finding your child’s passion for sport is a wonderful and fulfilling thing.

Fencing teaches an incredible amount of life skills that can help your child as you support and encourage during their journey. It can help you bond with your child in a special way. I’ve highlighted many of them but below are two wonderful articles written by parents who had been long looking for a sport that their child (children) would truly love.

These two parents articulate how fencing can benefit your child.

“When I was a kid, I lived for sports. So, as a father, I couldn’t wait to introduce my son to a wide variety of them. And I did. But although my son was a natural athlete, there was one problem: he had absolutely no interest. Not in any of them.

But then, miraculously, fencing came along. It challenged and excited him in a way those other sports could not. There were endless moves for him to learn. , , ,  The sport totally transformed my son . . .” Read more about the effect fencing had on him and his son in his interesting article: Take a Stab at Fencing: Your Child Will Love It and So Will You!  Mr. Richards was so inspired by his son’s fencing that he wrote a wonderful  and critically acclaimed mainstream  thriller for kids and adults, The Devil’s Sword (available on Amazon here).

2. Mom and author Donna Meyer’s article: Finding Your Child’s Passion for the Sport of Fencing details what happened after both her son’s finally found the sport that captured and inspired them.  Here is a short excerpt : 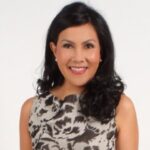 “When my 2 sons started fencing at ages 8 and 10 in Singapore, I crossed my fingers that they would stick with the sport. They had cycled through all the usual team sports plus tennis and gymnastics. None of these sports held their interest for long.

Fencing appealed to their imagination in a way no other sport could. They were Jedi knights, they were Zorro, they were action heroes in an imaginary world.” Read her entire article here.

Donna herself was so inspired that she started the popular website fencingparents.org for U.S. fencing parents!

We have the privilege and great pleasure of seeing and experiencing first hand what they describe for their children, repeated over and over in different ways, for each child is unique.

How do I get my child started?

Any fencing club will have beginner or introductory classes year round. Seasonally a fencing camp is ideal to get started. We have several throughout the year in our club in Beaverton, or through the Parks and Rec’s program in the City of Hillsboro. Check out our camps page here, or if you don’t want to wait come into our Saturday morning beginners class and give it a try year-round. If you are out of our area (Portland Oregon), check your local directory for a club near you or search for “fencing club, fencing classes or fencing camps”.

its best to start at a fencing club as the class sizes are limited and clubs are strictly following safety protocols. Many Parks and Rec centers have suspended group activities during Covid. 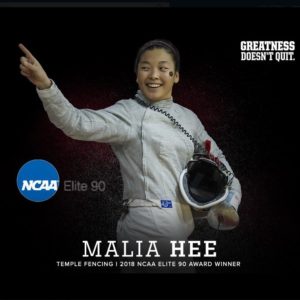